The Thieves of Dreams

This project is about women. Creative, strong, oppressed in their time and breaking social taboos. My maternal grandmother Anna Hana Friesova was an accomplished artist both with a pen and a brush, and nobody paid attention. Only when my mother recently passed, I discovered two worn notebooks among her possessions: poems written by Anna Hana in the 1930s and during her two-and-a-half-year incarceration in the Terezin (Theresienstadt) concentration camp during WW2. I was stunned by the intensity of her words, the erudite vocabulary, the raw and often disturbing honesty. I find her words just as poignant today as they were eighty years ago.

I believe The Thieves of Dreams provides the platform through which best to capture and share the layered meanings. Thanks to a generous Ontario Arts Council grant, I have been able to commission other female composers to help me create musical settings for Anna Hana's poems, in order to bring about multiple voices and perspectives. Each of us brings our own history and musical sensibilities into the project.

The Thieves of Dreams will exist in multiple art forms. One, a stage production, live/digital; two, a double album, featuring 12 songs and 12 compositions and spoken word pieces thanks to an unbelievable Canada Council grant; three, poetry book in Czech and English, featuring illustrations by Milli Janatkova and my grandmother's original ink drawings. Four, there is also now a shorter, concert version of the stage production.

IN THE WORKS: digital/ live hybrid production with a number of new features, to be released November 9, 2021, venue TBA

The Thieves of Dreams

Originally envisioned as a concert and a recording, the idea of musical settings for Anna Hana Friesova’s poems has grown to a dream of a stage production. The backstory of when, how and why her poems were written, and the sheer amount of material - 66 poems- demand that the piece lives in a richer artistic format. Hence, the production combines several expressive forms and genres as a theatre concert with music and songs, spoken word, movement, sound art, improvisation, audience participation, as well as contemporary and historic visual arts and projections.

The texts at the core of the production are recently found poems of Lenka Lichtenberg’s grandmother, Anna Hana Friesova, or ‘Ch 17’ to the Nazi regime. Most were written between the years 1942-1945 in the concentration camp Terezin (Theresienstadt), with some written in the late 1930s. The poems are raw, honest, surprising. Many are love poems written to a secret lover. She talks of not being heard, seen; of her impotence compared to the strength of men; of abandonment; solitude - and even hope. While the Holocaust provides a haunting, dark backdrop to the poems, her stirring words speak mostly to relationships. Only occasionally the poetess brings attention to the atmosphere of despair and the realities of life and death in the camps, and her longing for freedom.

The song settings of the poems were commissioned through a grant from the Ontario Arts Council. They include a Canadian / Czech Republic collaboration between the Czech-born Canadian Lenka Lichtenberg and Milli Janatkova from the Czech Republic, and compositions by Ontario artists Jessica Hana Deutsch, Zita Petrak, Rachel Cohen, Shy-Anne Hovorka, and Lorie Wolf.

The Thieves of Dreams Creative Team

Lenka is a singer, composer, arranger and a bandleader, born in Prague, Czechoslovakia. She spent her childhood years in the immensely popular musical theatre Semafor. She studied voice at the Prague Music Conservatory, and once in Canada, received her Master's degree in Ethnomusicology at the York University. After releasing three albums as a solo artist, Lenka co-founded the Yiddish swing all-female group Sisters of Sheynville, with whom she performed across Canada, in the U.S. and Europe. In 2010, she founded her band Fray and recorded two albums of original music, fusing her own Eastern European roots with the band members’ diverse cultural sensibilities. In Europe, Lenka performs with a Prague-based group. She tours internationally, presenting concerts in venues such as The Kennedy Center for the Performing Arts in Washington, D.C.; Festival Singera in Warsaw, Poland; Klezfiesta in Buenos Aires, Argentina, Yiddish Poetry Festival in Tel Aviv; Abu Ghosh Vocal Festival in Israel; Hugh’s Room and the Toronto Downtown Jazz Festival in Canada. Lenka has released seven solo albums and several collaborations with international artists such as Yair Dalal, Tomas Reindl, Andrew MacPherson, and Roula Said. She has received multiple awards, including two Canadian Folk Music Awards (2007, 2012), an Independent Music Award (2018) and Global Music Award (2019). For her album Songs for the Breathing Walls, Lenka recorded Hebrew liturgy in 12 synagogues across the Czech Republic with a cast of international artists. The project was the focus of a TV documentary film by Jaroslav Hovorka, broadcast on Czech television. Lenka’s latest albums MASARYK (2017) and Yiddish Journey (2018) were released on the U.K. label ARC Music.

Leah is a theatre maker, director, actor and teacher. She is  Co-Founder, with Martha Ross, of Theatre Columbus (now Common Boots Theatre) in Toronto. She was a Resident Artist with Soulpepper for many years where she acted, directed and taught. Leah studied theatre at Ecole Jacques Lecoq in Paris. Most recently Leah co-created and co-directed Here are the Fragments, a multi-media immersive theatre piece at The Theatre Centre and co-directed The Ward Cabaret at The Harbourfront Centre. For Theatre Columbus (Common Boots) she performed in and directed most of the company’s devised repertoire, including the multi-award-winning published play, The Anger in Ernest and Ernestine.  Leah created and played the role of Jelly in The Attic, The Pearls and 3 Fine Girls, another published and often produced play.  She also directed Hotel Loopy, Twelfth Night and Gynty (an adaptation of Peer Gynt) among many other plays and new works.  Other directing highlights: For The National Arts Centre; Happy Days by Samuel Beckett; Past Perfect by Michel Tremblay and Rune Arlidge by Michael Healey at The Tarragon Theatre; The Diary of Anne Frank and The Miracle Worker at The Lorraine Kimsa Theatre for Young and I Claudia by Kristen Thomson at The Segal Centre in Montreal and Thousand Islands Playhouse.  Leah teaches Clown at The Ryerson Theatre Program and is an Instructor of Directing at The University of Toronto. She also works annually for The Shoe Project, a boundary-crossing writing project, coaching women to perform their stories of immigration to Toronto.

Milli is a distinctive singer, multi-instrumentalist, composer, painter and lecturer naturally interconnecting genres and artistic fields. Based in the Czech Republic she has been studying and working across Europe, India, and USA.  Her debut Transformation (2013) received four nominations for The Independent Music Awards in 2014. In 2016, her music was honoured again with four nominations for the IMA. The album To My Roots (2017) was nominated for the prestigious Classic Prague Award in the Crossover category. Her song Mother’s Magic won the 2018 IMA in the A Cappella Song category. The story of the song relates to the subject of forgiveness and support of a loving relationship in a family, inspiring us to open up and cope with ancestry taboos, war and communist trauma, and suppressed emotions that influence today’s society. In 2019, Milli had a successful tour in India in cooperation with banglanatak.com. Milli partners in several fully improvisational artistic ensembles, where she sings improvised responses to visual arts or film or creates musical pieces in response to audience stories or suggestions.  Recently she has been working on a new project Deep. It is based on the oldest Czech spiritual songs from the 12th and 14th centuries and presented in vocals, drums, percussion and looping. Buoh, a new song released as part of the project, won the Vox Populi Award in The 2019 Independent Music Awards. Milli is also an accomplished painter who exhibits frequently and offers workshops combining her music and painting.

Jessica is an in-demand violinist, multi-instrumentalist, arranger and composer in Toronto's music scene. She is incredibly versatile, sounding equally comfortable in Afro Cuban, Klezmer, Brazilian, classical, and Arabic music. She grew up in a musical family, with her three older siblings and parents always playing chamber music in the house.  She currently plays the violin inherited from her grandmother, who was a semi-professional violinist.  Classically-trained from the age of 3 and a three-time national finalist in the Canadian Music Competition, Deutsch studied with Mark Skazinetsky (assistant concertmaster of the TSO).  She currently leads and composes the music for her band Ozere, which mixes classical chamber music with world folk styles. Her third album, Traces, is set for a March 2020 release.  Her second album, Finding Anyplace, was nominated for a Canadian Folk Music Award (2015) and was produced by JUNO Award-winning producer David Travers-Smith. Jessica is a busy live performer, recording artist, composer and arranger, fusing elements of classical, folk, electronic, jazz and improvisation.  She works with many artists, including Leif Vollebekk, Tyler Shaw, Sarah Slean, Jayme Stone, Ventanas, Beyond the Pale, the Canadian Arabic Orchestra, the Lemon Bucket Orkestra, Doomsquad, Cris Derken's Orchestral Pow Wow, Selcuk Suna, Chloe Sainte-Marie, Itamar Erez, Ron Davis, Yamantaka//Sonic Titan, Aviva Chernick and Lenka Lichtenberg.  She also plays fiddle in the hit Mirvish musical Come From Away. 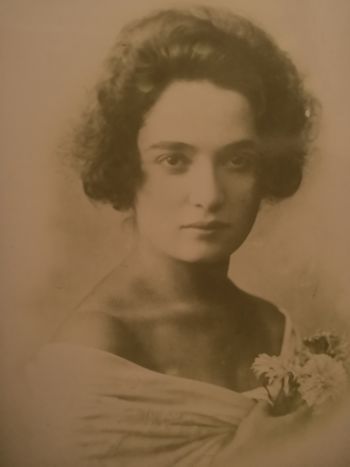 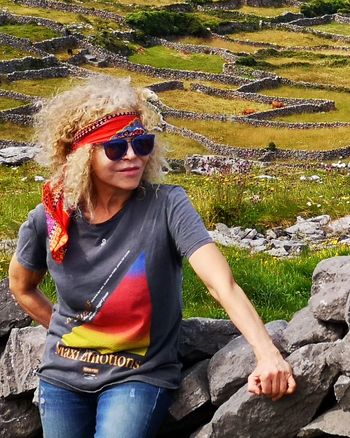 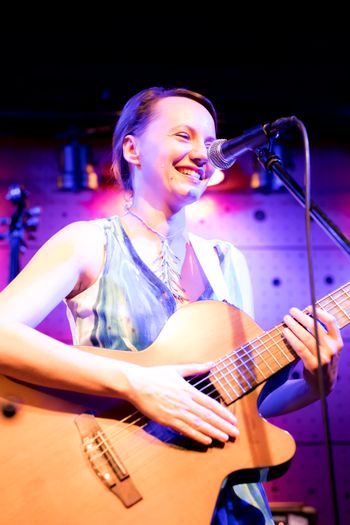 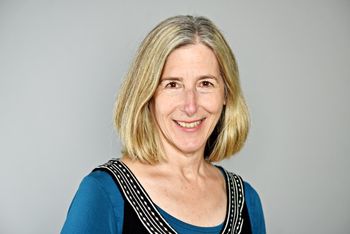 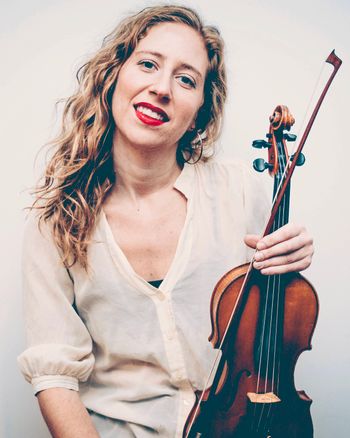 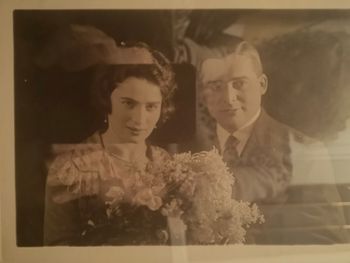 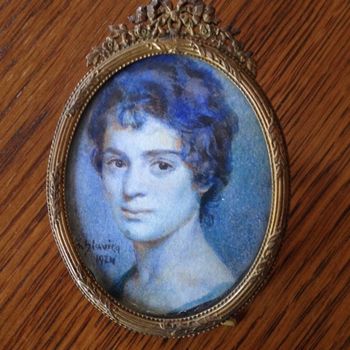 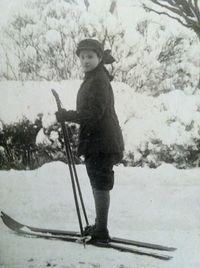 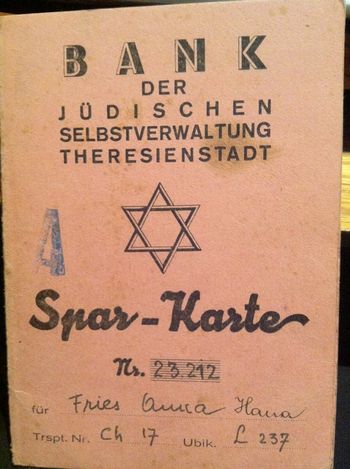 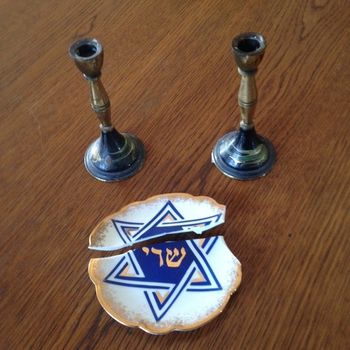 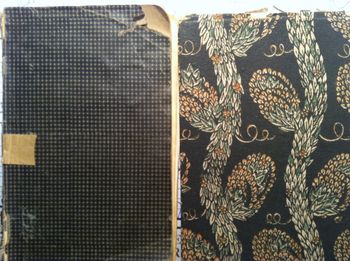 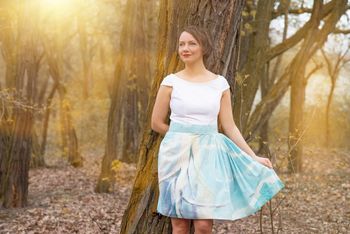 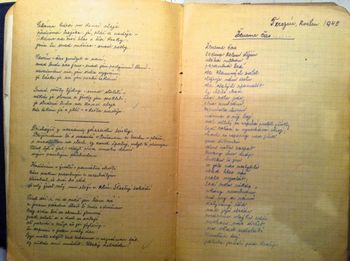 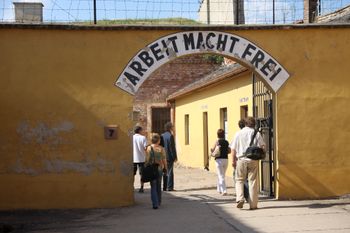 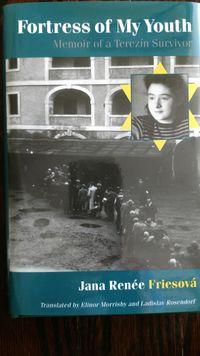 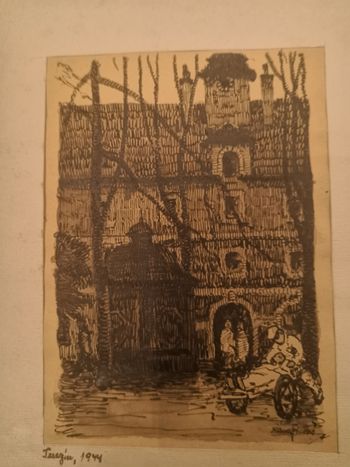 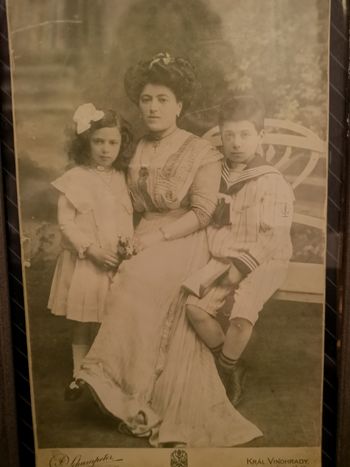